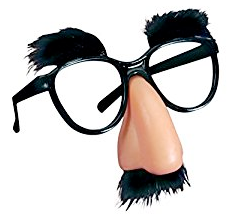 Published January 9, 2016 in
Wraparound South
This is a personal essay about the day skin cancer was removed from my nose. It is quite funny, not preachy or morose. What was it George Bernard Shaw said? “If you tell people the truth, make them laugh, otherwise they’ ll kill you.”

In high school health class they called it the Triangle of Death, part of the educational philosophy to increase learning retention by overdramatizing worst-case scenarios. Whether it was that memorable label or the photo in the textbook, the angst was enough to make my face break out. The book showed a pretty teenage girl with a red polygon superimposed on the center of her face. The bottom points aligned to the corners of her mouth, the top of the triangle at the bridge of the nose, smack between the eyebrows. It was red for a reason; no popping of pimples or pulling of nose hairs, we were told, should take place in this danger zone. It’s where blood vessels, nasal passages and tooth roots jumble their wires together, and three senses–taste, smell and sight–all have major ports of call. Here, physiologies collide, the continental plates of anatomy meeting at one’s own, personal San Andreas fault, just offshore the brain. One tiny infection or a little internal bleeding and BANG, instant coma.

So what’s worse, 30 years of triangulated anxiety or getting skin cancer there?

In stressful situations I use the DUH Method: Denial, Understanding, Humor. First, I deny that the problem even exists. When I finally understand it’s an unavoidable issue, I learn everything about it. Then I find the humor in the choice I make. No duh.

On the scale of skin cancers, where one is a bad sunburn and ten is a Lifetime TV movie, mine was a three. Skin cancer, by and large, is the casual cancer. There are some bad ones, so don’t let the flippant tone of these words keep you from getting a spot on your skin checked out. I did, and now I can make light of it.

In many cases, treatment for minor skin cancers can be done with one visit to the dermatologist. The doctor shines a fancy, blue light on the spot, peers through a magnifying glass, then burns the sucker off. Mohs surgery is used when the thing crops up on an ear, nose or near an eye, anyplace where there isn’t a lot of layers between flesh and bone. I’ve been accused of being thin-skinned before, but in the case of my skin cancer it’s true: right on the tip of my nose.

Mohs isn’t the name of Homer Simpson’s favorite bar, it’s a surgical process invented by a guy with that last name. His day-long procedure amounts to a slow-moving ping-pong match between the surgeon and the lab. A doctor makes the most minimal of cuts around the lesion, then sends it down the hall for analysis. The goal is to remove the bad and leave the good, a layer or two at a time. If the specimen gets a thumbs-down, the doctor makes another shallow incision. In my case, the third time was the charm.

Despite two-hour waits for lab results, it’s not a difficult procedure. Just a lot of time to kill from the moment I arrived in the morning to the final Triangle of Gauze on my schnoz.

All eight of us Mohs Bros (I’m using ‘bro’ in the brotherhood-of-mankind sense, three of the patients were women) gathered at 8:00 am, and were served on a first-come basis. I was second to arrive. One man already had his feet kicked up on one of the comfy-looking recliners, each with a small, personal TV. He had the screen cantilevered an inch from his face, Good Morning America blaring from the speaker. It’s going to be a long day, I thought, trying to grip my own fears, He’s doing the best he can to distract himself from the battle ahead. Then his wife came in; Helen, according to her patient wristband. She ordered the man outside to the official visitor waiting room and took the seat.

This was our staging area, where all Mohs Bros would wait during the day. The clinic operated under classic, efficient, Henry Ford assembly-line principles: one surgeon, a handful of nurses, and eight human chassis shuttling between four operating rooms.

First Helen, then my name was called. I followed the scrub-covered minion down a warren of hallways, delivered to one of the four curtained operating alcoves. Classical music on the speakers, big lights above a big chair, plenty of machines to monitor whatever is needed.

A nice nurse small-talked until my blood pressure came down to a more acceptable level, then asked politely if she could inject my nose with a local anesthetic. Her good manners did nothing to ease the needle spike or creeping numb that followed. Dear Lord, do not take my blood pressure now! I could feel my pulse double, pounding throughout my body. Everywhere but my nose. The nurse then painted a target using iodine and laid strips of cloth about my chest, neck, cheeks, eyes, forehead and chin. I imagined a mummy from an old, low-budget horror flick, complete with Hollywood lighting: the overheads snapped on.

The bright lights and blindfold kept me from seeing the surgeon as her shadow loomed above and she mumbled an introduction. I raised my palm in reflex and received a handshake in return. Warm fingers. After that, the touch of cold latex joined the unknown face.

I went under the knife three times that day. Even though the procedures were quick and the people knew their stuff, all I could think about was the tip of my nose. So I cut off my thoughts to spite my face, and started concentrating on, of all things, time: how little of it the doctor spent on my proboscis, and what she did with it when she wasn’t performing surgery.

Each slice, and I think I’m being generous, took five minutes. Then off the specimen would go for analysis, a two-hour wait until it was time to slice again. From the comfort of my recliner, behind my personal TV, I tracked the progress of the eight Mohs Bros, just so I could do the math.

By the way, N equals 95 minutes. Now, I could go for the easy joke about golfing between sessions, but my surgeon did not rush to the driving range to practice her swing. She was on-call at the clinic’s Urgent Care center where she performed emergency stitchery for walk-in wounded. I don’t know exactly what happened, but she got so busy that day, another surgeon was brought in to help finish the few remaining Mohs Bros. A plastic surgeon who, I’ll wager, was on the back nine when he got the call.

Other than my eyes’ eye-view of gloved fingers and steely implements, the worse part of the day was the smells. Unlike benevolent TV doctors who asked nurses to dab or called suction! to control bleeding, Mohs was all about electrocautery. That’s right, wounds seeping blood closed with the medical equivalent of a soldering iron. It smelled as if someone was using an electrical fire as an opportunity to barbecue hamburgers, a combination of burnt rubber and cooked meat. And the smolder was emanating from the tip of my nose, so there was no way to avoid the smell.

The odor embedded itself in my olfactory passages and accompanied me to lunch, the clinic’s cafeteria being just next door. A small courtyard of tables, now filled with diners, had been alternative seating for Mohs Bros craving a different view than TV and recliners. Today’s lunch special, Indian food, and an unsavory mingling of whiffs: charbroiled rubber burgers with a side of curry. Mmm-mm.

Of course there was always the option of sandwich meats, thinly sliced by the deli guy, then expertly assembled on gauze-white bread. No, thank you. Not hungry.

After my third go-round, and being pronounced cancer free, I felt my shoulders slump in relief. My only remaining concern was the bill. The cost wasn’t outrageous, especially when prorated by the hours I’d spent. Besides, it’s the C-word, and the real price one pays is ignoring treatment. Complain about the high-cost of healthcare or the price of premiums, but Mohs was a simple, effective treatment to remove the skin cancer from my nose. Worth every penny.

I even left a tip with the doctor.